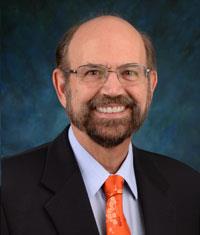 Tom Jackson has served on the Board of Trustees since 2011 and was re-elected to his third term in November 2019. A 33-year resident of CFISD, Mr. Jackson lives in the Copperfield subdivision. All three of his children attended CFISD schools, including two who graduated from Langham Creek High School.

Mr. Jackson is president of Green River Oil and has 42 years of experience as a CPA. He served on the CFISD Leadership Committee (2008-2011) and was an active member of band booster clubs (1996-2004), including three years as an officer. He served almost 20 years as president of Harris County Municipal Utility District (MUD) No. 163, and is also a member of the Copperfield Joint Operations Board, the Cy-Fair Houston Chamber of Commerce, the HSCPA, the NSSAR and Bear Creek United Methodist Church.

In addition to his volunteer capacity as a trustee, Mr. Jackson also volunteers as a reader at Lowery, Copeland and Fiest elementary schools, and is a presenter to the New Arrival Centers at Langham Creek and Cypress Falls high schools and to the READ 180 program at Cypress Creek High School. He participates in Veterans Day programs and gives patriotic and historical presentations at various elementary schools, while assisting in the recognition of Air Force Junior ROTC cadets at all high schools. He has served as judge and speaker for the JASON program since its inception, and volunteers as a CFISD Bus Buddy.